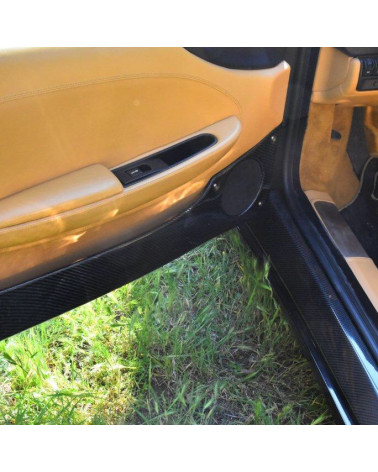 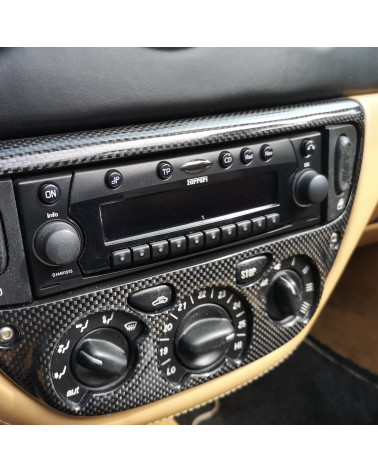 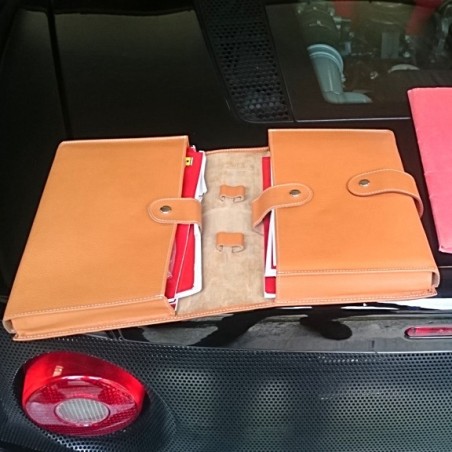 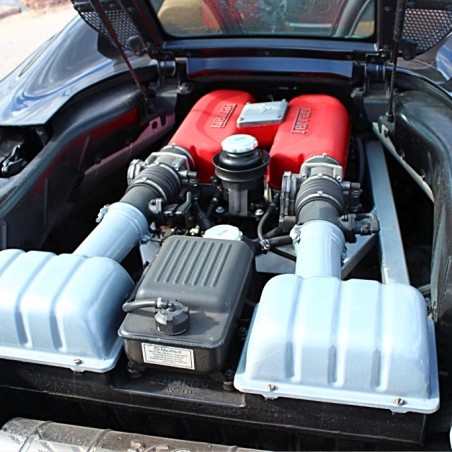 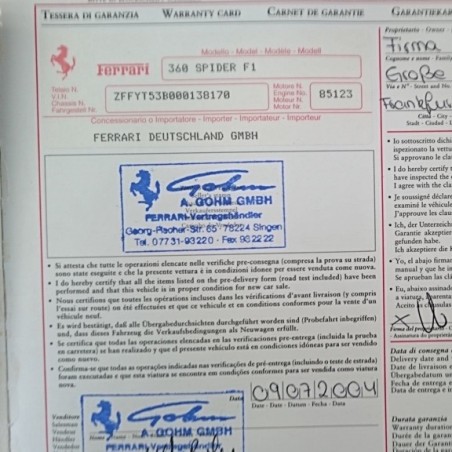 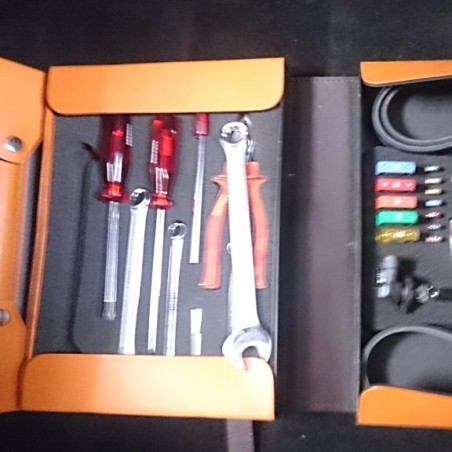 The Ferrari 360 is a 2 seater sports car built by Ferrari from 1999 to 2005. It succeeded the Ferrari F355 and was replaced by the Ferrari F430. It is a mid-engined, rear wheel drive V8-powered coupe. Ferrari partnered with Alcoa to produce an entirely new all aluminum space-frame chassis that was 40% stiffer than the F355 which had utilized steel. The design was 28% lighter despite a 10% increase in overall dimensions. Along with a lightweight frame the new Pininfarina body styling deviated from traditions of the previous decade's sharp angles and flip-up headlights. The new V8 engine, common to all versions, utilizes a 3.6 litre capacity, flat plane crankshaft, titanium con-rods and generates 400 bhp (300 kW). Despite what looks like on paper modest gains in reality the power to weight ratio was significantly improved on over the F355, this was due to the combination of both a lighter car and more power. The 0 to 100 km/h (62 mph) acceleration performance improved from 4.6 to 4.3 seconds. The first model to be rolled out was the 360 Modena followed later by the 360 Spider and finally as a special edition, the Challenge Stradale: which was the highest performance road-legal version of the 360 produced by the factory, featuring carbon ceramic brakes [from the Enzo], track tuned suspension, aerodynamic gains, weight reduction, power improvements and revised gearbox software among its track focused brief. In addition to this there were the low volume factory race cars, these where all derived from the 360 Modena and for the first time produced as a separate model in their own right (compared to being retro fit kit in previous incarnations). The first up was the 360 Modena Challenge, used in a one make series, the factory built racing cars where prepared by official tuner, Michelotto whom also did the 360 N-GT. The N-GT was a 360 Challenge car evolved even further to compete more seriously in the FIA N-GT racing classes alongside other marques.

FERRARI 360 SPYDER
 Be the first to write your review!