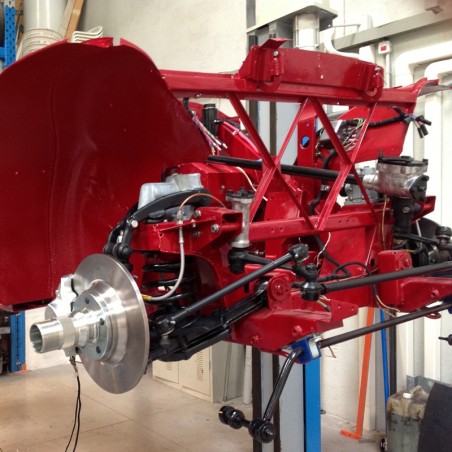 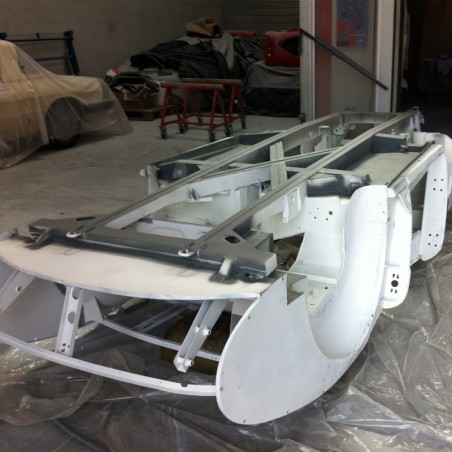 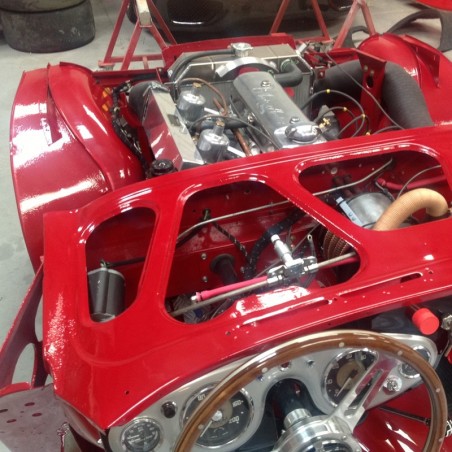 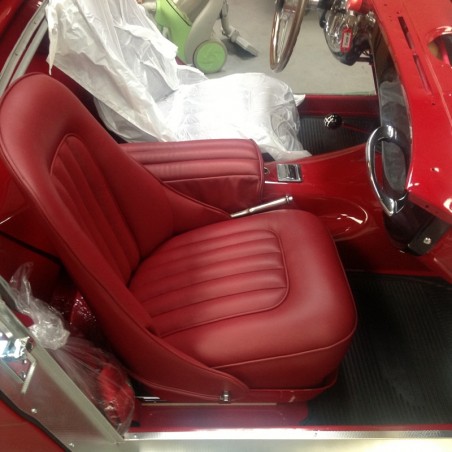 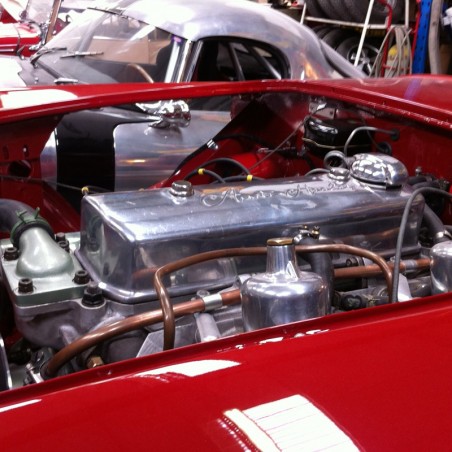 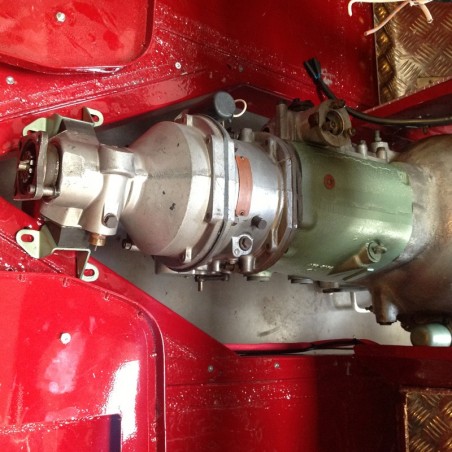 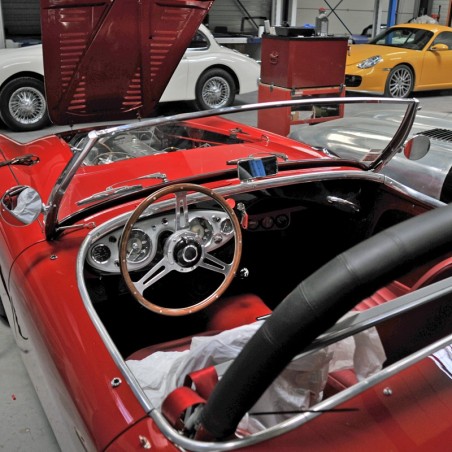 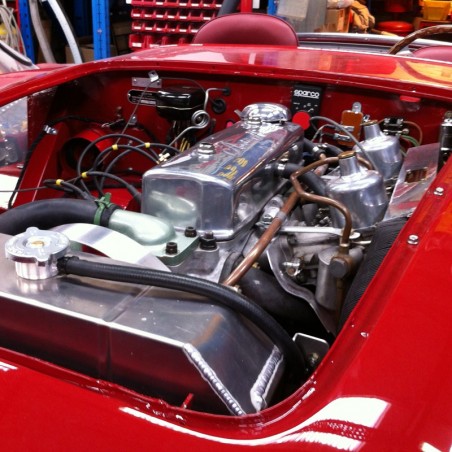 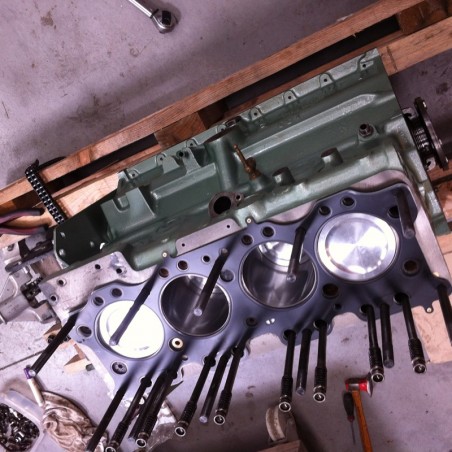 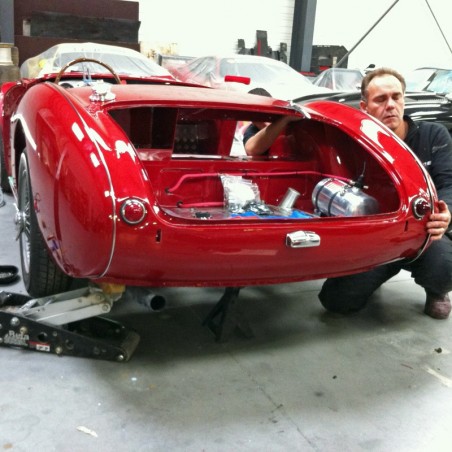 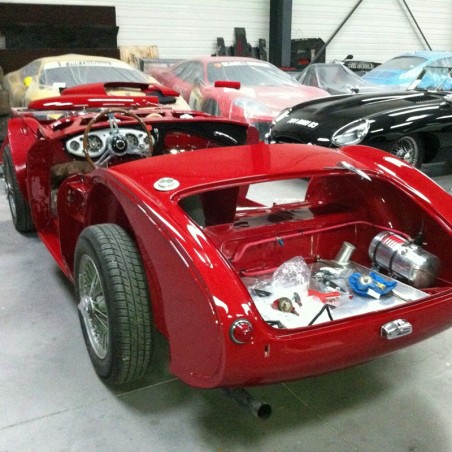 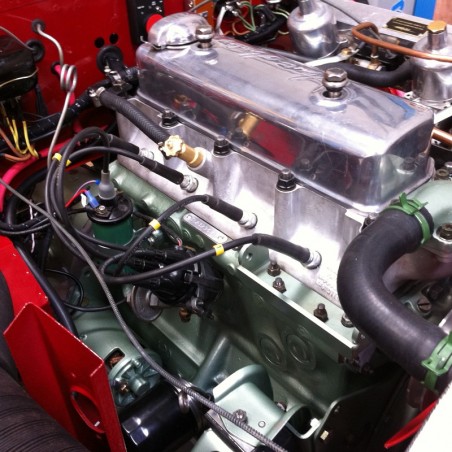 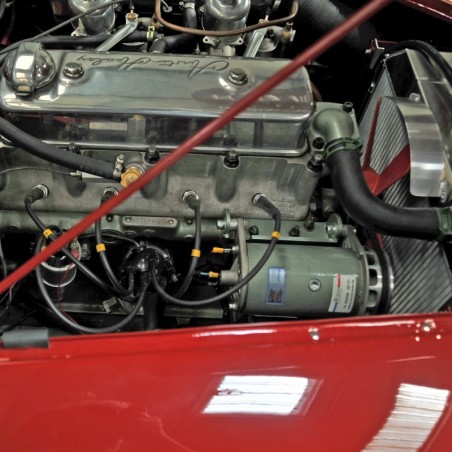 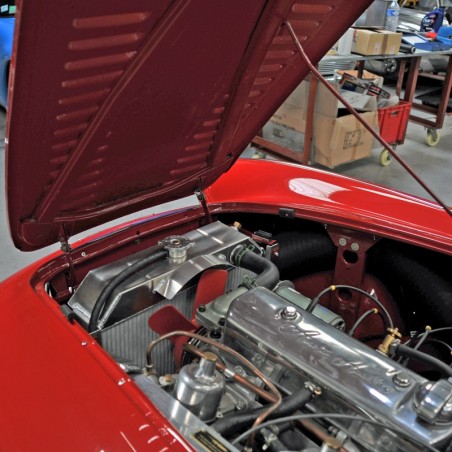 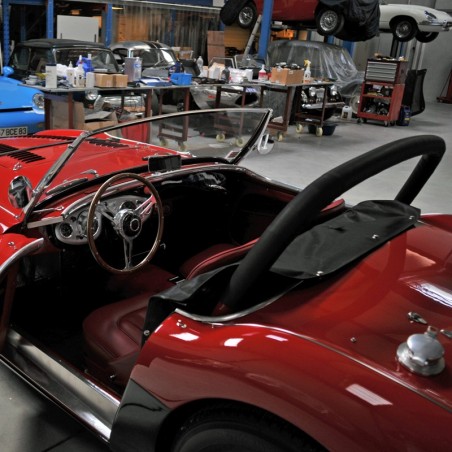 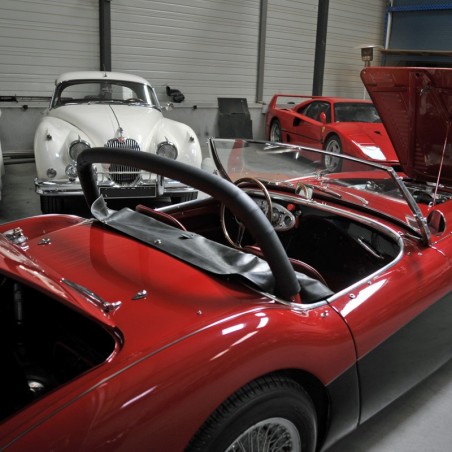 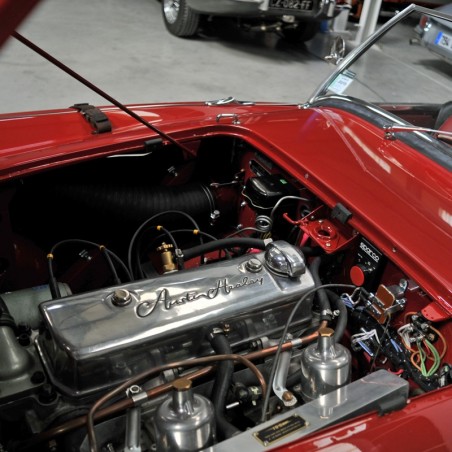 This car was completely restored, paint and interior are in accordance with the original,  engine was rebuilt to specifications Le Mans (9.5: 1 compression ratio), the camshaft is "fast road" the cylinder head is made of aluminum ". Denis Welsh. ". The radiator is made of aluminum.

Austin Healey two experimental team finished in second and third place in their class at Le Mans 24 Hours in 1953, it gave the idea to Donald Healey with the introduction of the 100 BN2 to create a special model called 100M.

According to Anders Ditlev Clausager, Archivist in the Bristish Motor Industry Heritage, the car was factory assembled with motor Le Mans. It was officially launched at the London Motor Show in October 1955, but it appears that some such cars had already been delivered to the USA  before then. The 100 M factory cars were fitted with the high compression pistons as well as the Le Mans kit. They also had a stiffer anti-roll bar and were fitted with a louvred bonnet with leather strap. This bonnet in steel  had two rows of louvers, each with six louvers behind the strap and 14 in front. The rows of louvers  were  placed toward each side of the bonnet, and as they follow the general shape of the bonnet they form a slight V – shape towards the front. Most 100M cars were painted in two-tone colour schemes, but 30% were remained monochrome.

Apparently, these models were built at Longbridge with standard specification engines, but with the louvred  bonnets already mounted by Jensen. Output chain, they were sent home Healeys at  Warwick, where the conversion KIT Le Mans was installed. The cars were then returned to Longbridge for preparation and delivery, usually export market, especially to the USA.

John Wheatley who did research in the microfilmed on BN2 made Longbridge archives, arrived at the figure of only 640 cars that can be identified by a note scribbled on the production sheet indicating that they were equipped with the louvred bonnet. It must therefore be assumed that these 640 cars were the factory-built 100M cars,

The fctory-built 100M  only  existed vas a version of BN2.

According to Donald Healey Le Mans 1159 KIT products and therefore were 519 cars were modified by the factory or dealer after customer delivery at the time and long after the end of production (without engine modification generally ).

Getting back on firmer ground, John Wheatley’s research has also resulted in statistics according to which 544 of the 640 factory-built  cars were delivered in the USA, 8 remaining in the UK, 58 were exported to Europe, 25 went overseas and the last 5 delivered in the UK for Personal Export Delivery. A total of 195 cars were in single colours, and 445 in two-tone schemes.  White over Black was most popular (117 cars), 92 cars red over Black (RD 14), 71 cars Black over Red is identifies. The single most requested color was White (62 cars), Green (Spruce Green) minimum required (5 cars), 3 cars Florida Green. Both cars received a special finish  two-tone schemes: one was White over Red, the other Black over pink (London Motor Show 1955).

BN2 LE MANS
Used
 Be the first to write your review!