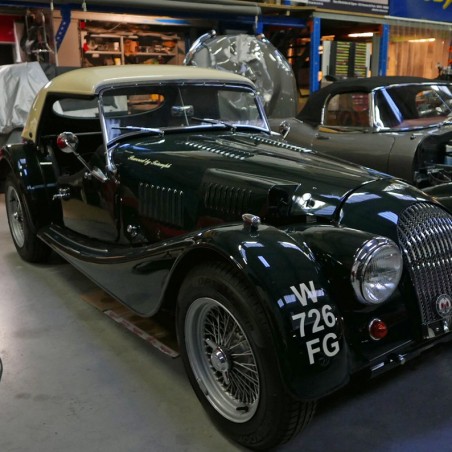 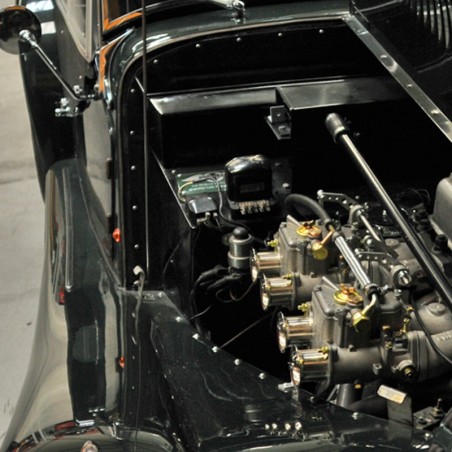 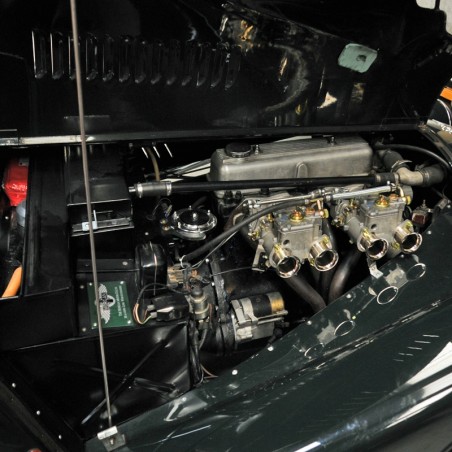 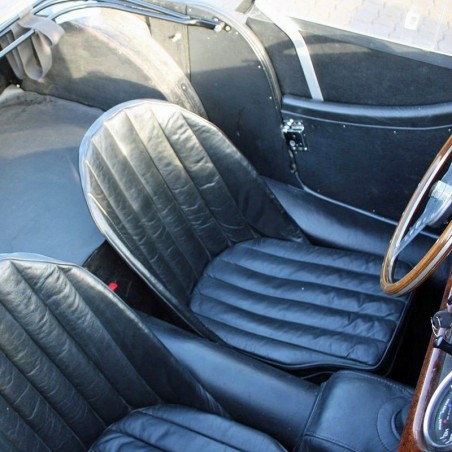 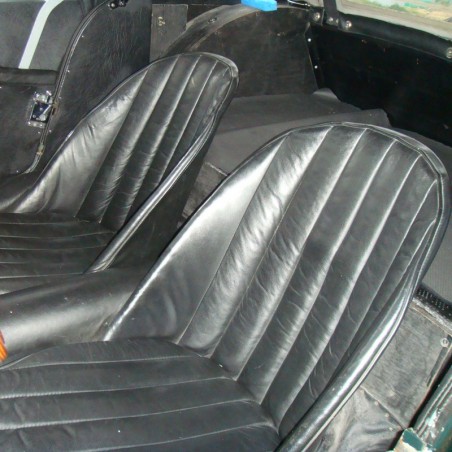 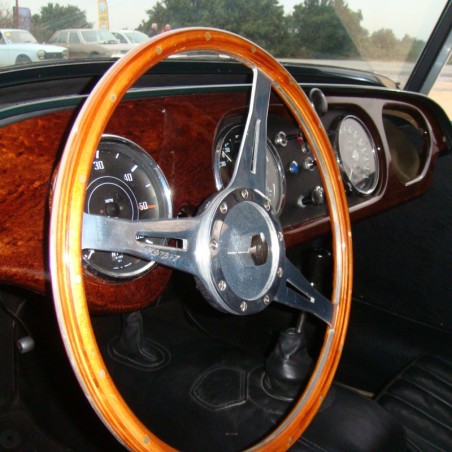 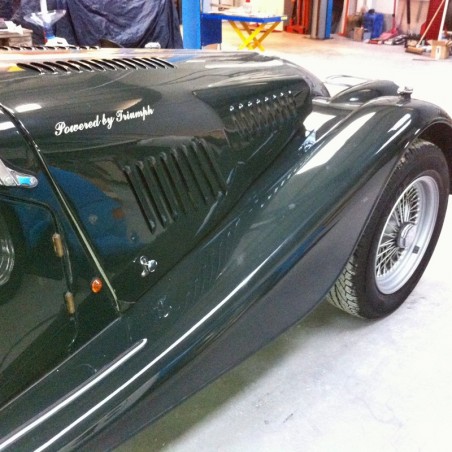 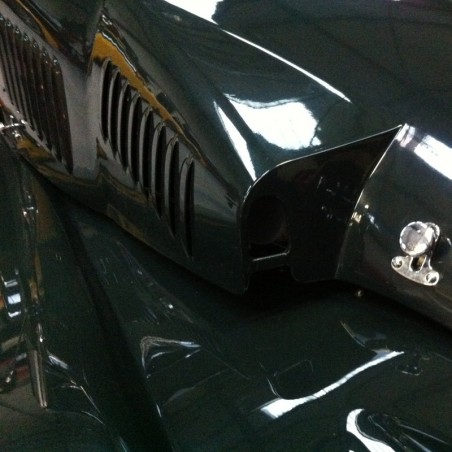 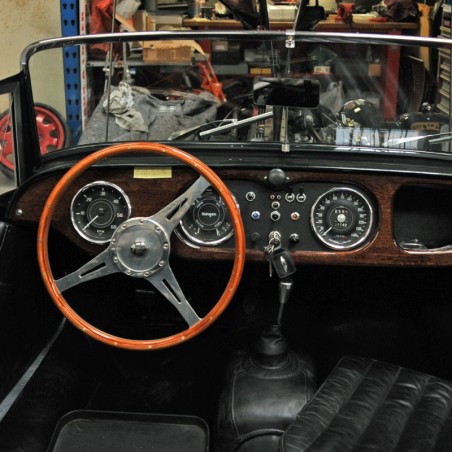 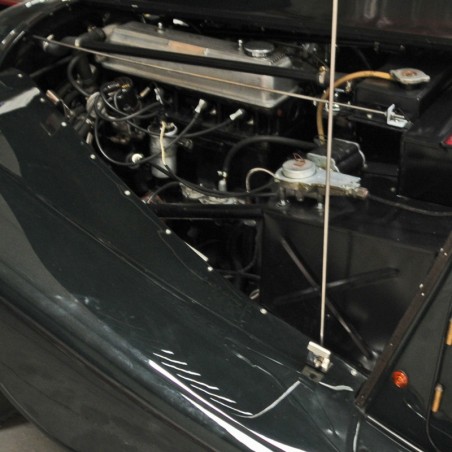 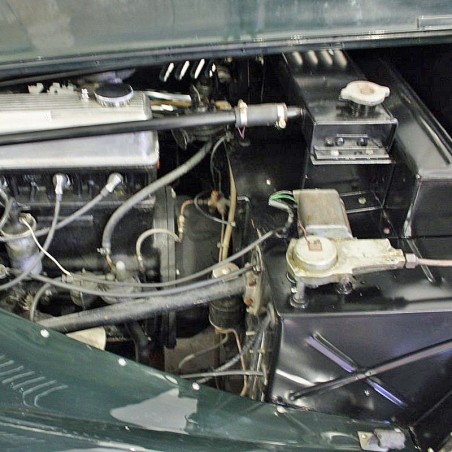 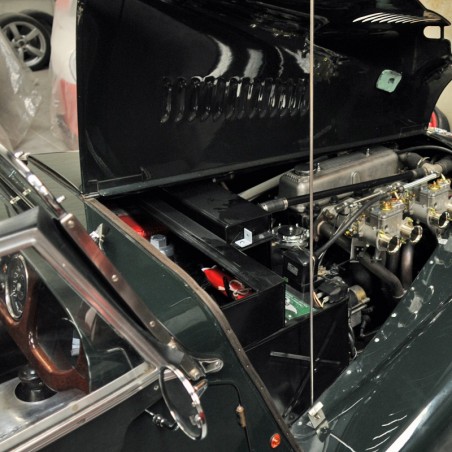 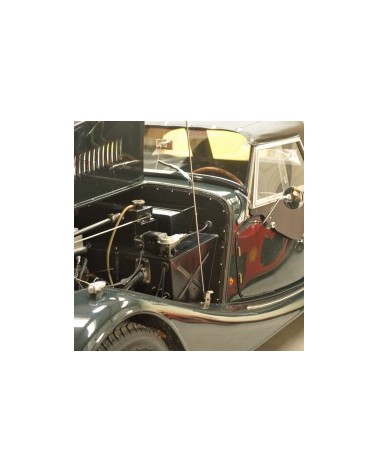 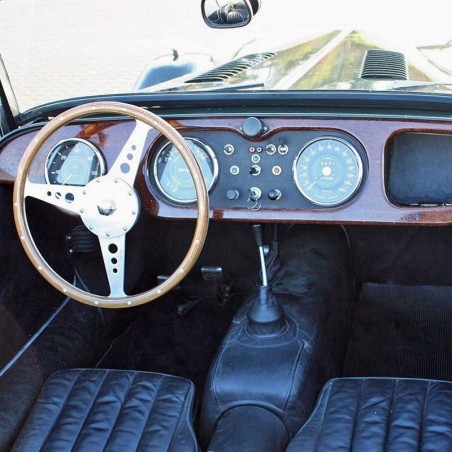 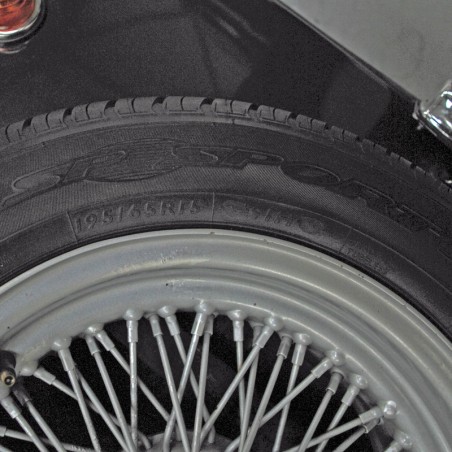 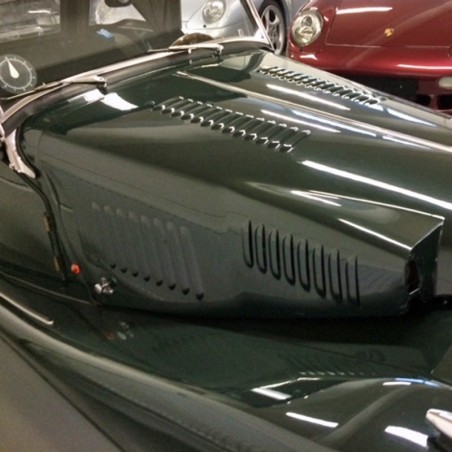 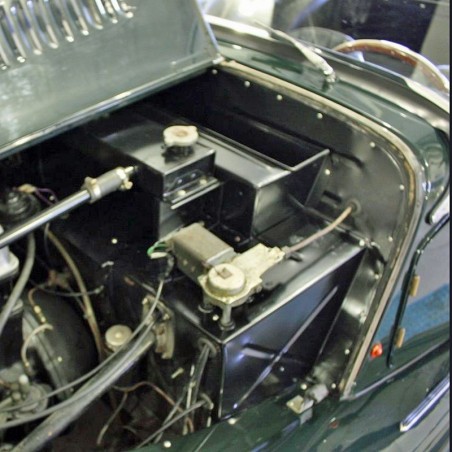 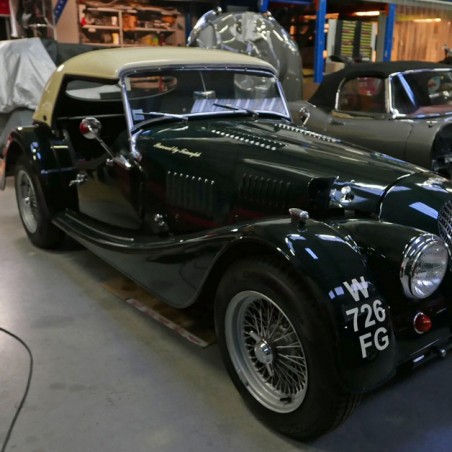 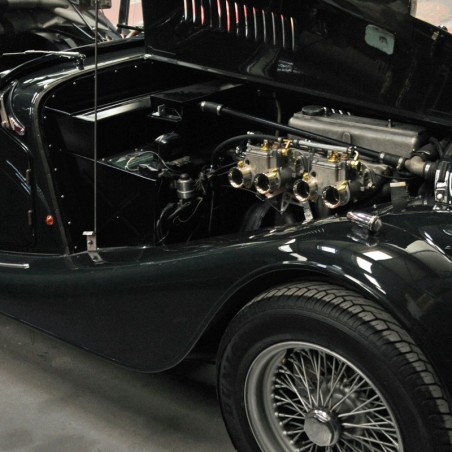 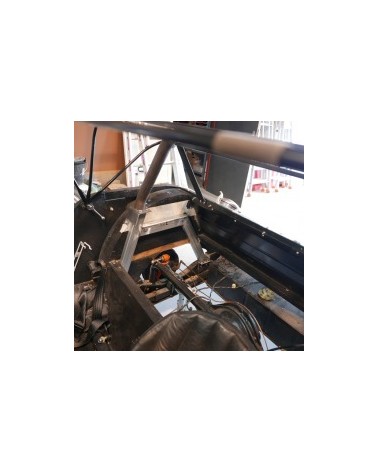 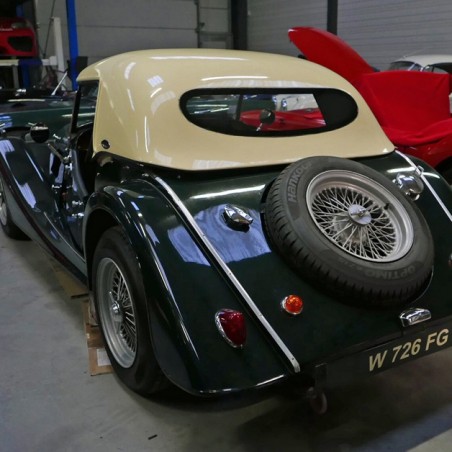 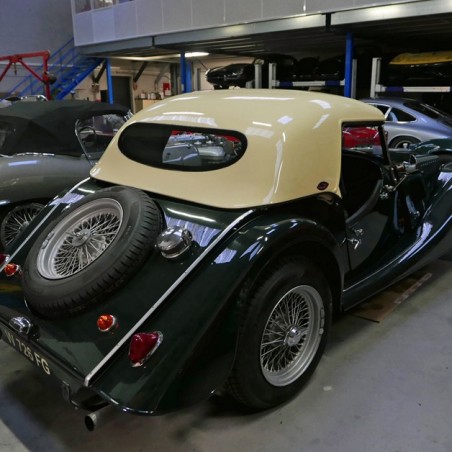 Delivered to the dealer Fergus Motors - New York - USA May 17, 1961 , imported from Ohio in 1997 by the Danish Agency Morgan ( http://www.morgan-denmark.dk/ ) who completely rebuilt the car with a new chassis Supersport galvanized body bottom line , front Axle supersport . All wood has been treated with Cuprinol . The body is made entirely of aluminum , with the exception of the firewall and of the calender . The original TR3 engine has been prepared by the company Slagelse cylinder specialized services for the preparation of historic race cars ( http://www.cylinder.dk/sous-pages/tuning.htm ) , bored out to 2.2l , shirts and 87 mm pistons provided by the company Europe ( http://www.wisecoeurope.com/en/automotive/Pistons.asp ) TR3 head hight port, 123 electronic ignition ignition, all moving parts have been perfectly balanced preparation the cylinder head, camshaft Newman "RACE" TR4/300/435 PH4 ( http://www.newman-cams.co.uk/Triumph-TR234-4_Cyl.jsp ) , large exhaust line 2 and 4 stainless , double Weber carburettors 45 DCOE .

Archetypal English roadster, Morgan epitomizes the philosophy of these cars: an elegant and sporty line , a separate chassis and simple , reliable and economical technical solutions , content weight - between 800 and 900 kg depending on engine - a driving position to the ground and a very comfortable ... summary. These driving sensations forgotten today are intense and you back closer to the road. This magical recipe and proven thousand times will constantly reviewed and improved by successive small buttons allowing Morgan to be the only English roadster 50s still in production. .

All TOK 258 Morgan enthusiasts know this car which won its class at Le Mans 24 Hours in 1962 , but was Christopher Lawrence?
The late Christopher Lawrence has built an enviable reputation in many local circuits in 1956 with his Morgan TOK 258, he decided to replace the body of the Plus 4 with that of a 4/4 , lower, to gain top speeds in the Mulsanne . Peter Morgan refused to sell her body parts claiming that Lawrence did not have the right mix models. Ignoring , buying under a false name the parts needed , Lawrence ends the car.

At that time Peter Morgan decided to support the car and noticed that the car has been modified. Dissatisfied but fair play he proposed to Lawrence to start a small series of Plus 4 Super Sport (low -line) , based transformations Christopher , the latter being responsible for supplying engines prepared . Thus , in addition to the hundreds of cars produced by the factory in this configuration until May 1968 the company LAWRENCE TUNE manufactured for customers of Morgan over 300 engines meet the specifications Super Sports.

In 1961 , he decided to put his car in the European races. At this news , his terrified family successful through legal means to prohibit him from participating in the event with TOK 258, with Richard Shepherd Barron future teammate . Chris undertook to present another as a "clone" of TOK , registered RSX one painted in a pale blue, known as the factory " blue plane " scrutineering . The car had already received the stamp of the ACO on the body, when the officials asked to be immediately erased by refusing registration, arguing that it did not meet the spirit of competition , it was in fact a car transformed since 1939 was equipped with disc brakes and spoked wheels and was therefore illegal.

The real reason seems to have been caused by the pressure of Standard- Triumph that after seeing their TR3S , yet equipped with the new dual -shaft engine called " Sabrina " crushed by the Lawrence Tune - team all tracks of Great Britain did not want to risk seeing the same thing at Le Mans.

In anticipation of the 24 hours of Le Mans in 1962 , Christopher went to see Peter Morgan and asked him to put his TOK 258 at Le Mans , in the colors of Morgan, to avoid another foreclosure , painted in British Racing Green and provided with a white hard top .

His success is legendary and as you can see from the logs ACO technical audits , chassis number 4840 , bearing the registration number " 258 TOK " gave Morgan a GT class win 2 liters , the most beautiful winners Morgan at Le Mans. 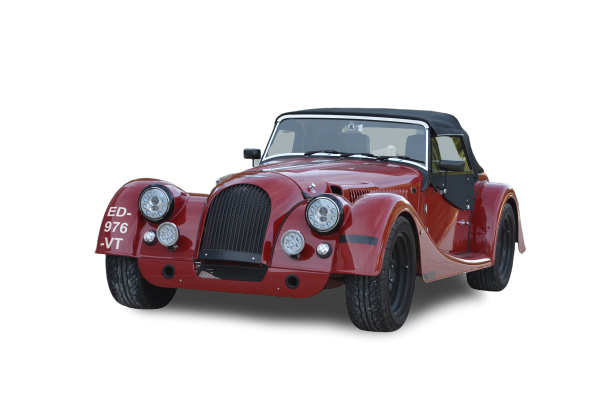 Morgan plus 4
Used
 Be the first to write your review!