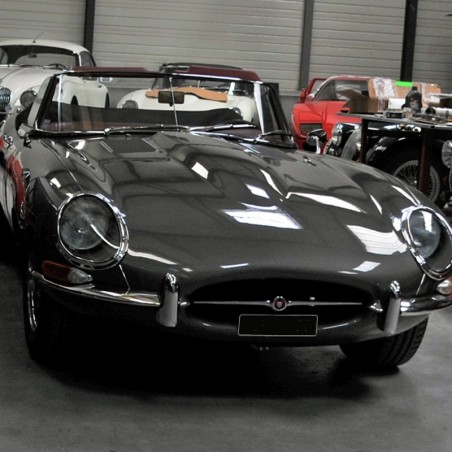 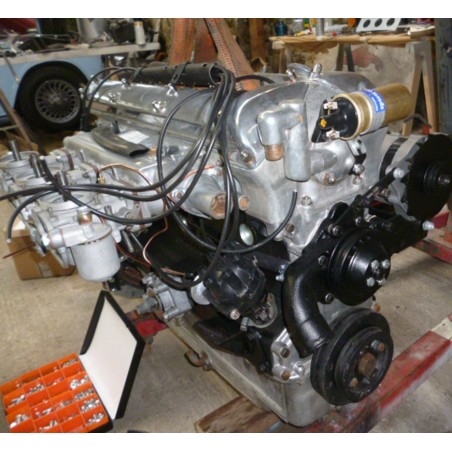 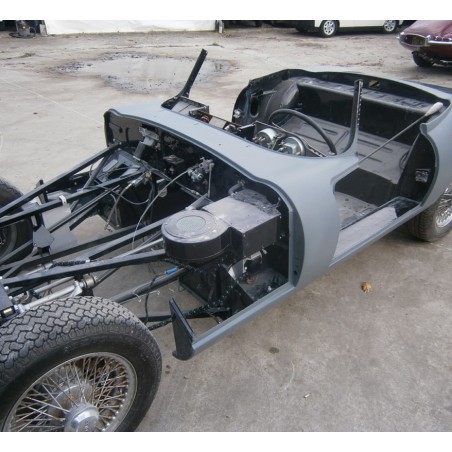 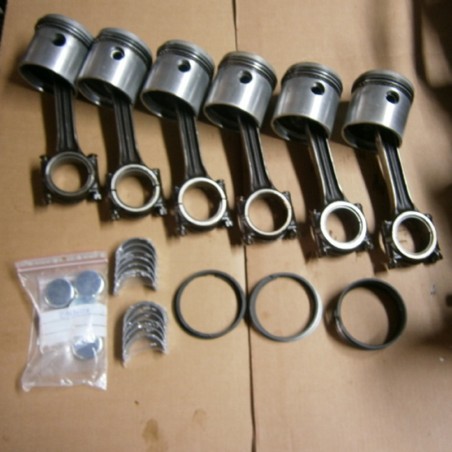 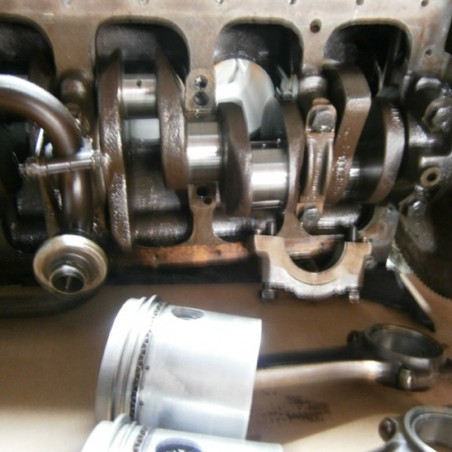 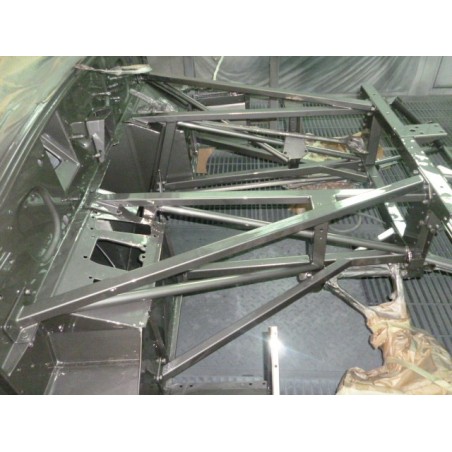 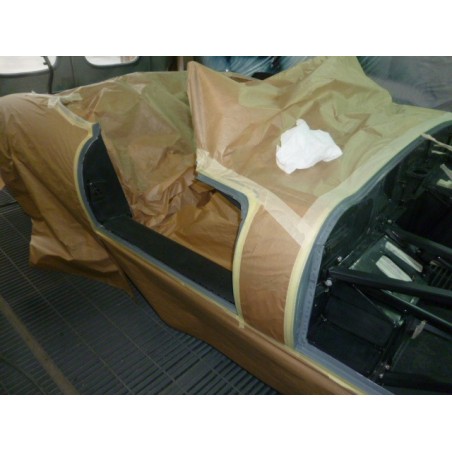 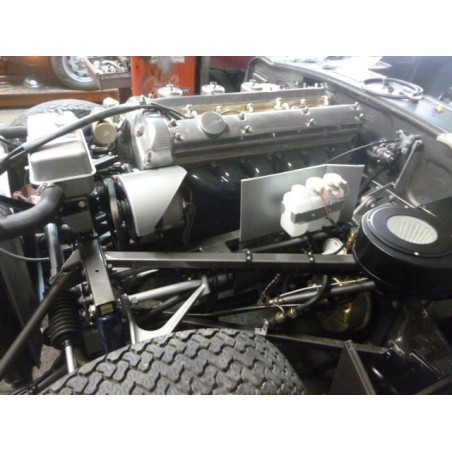 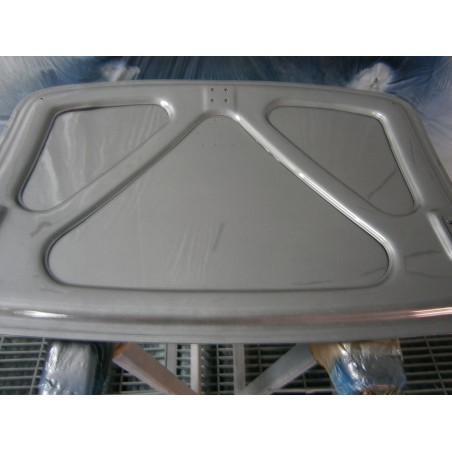 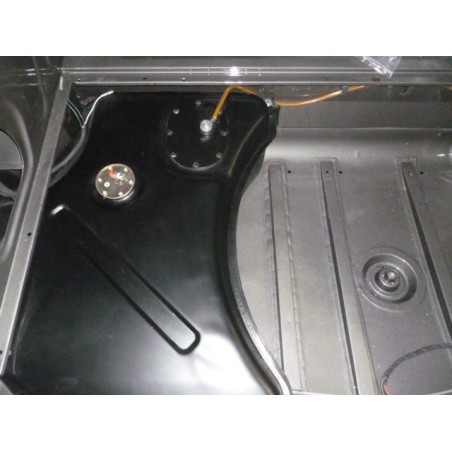 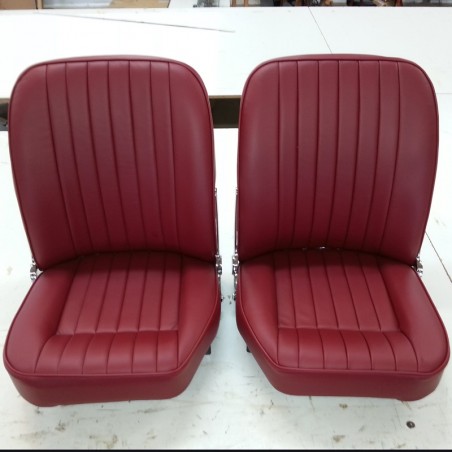 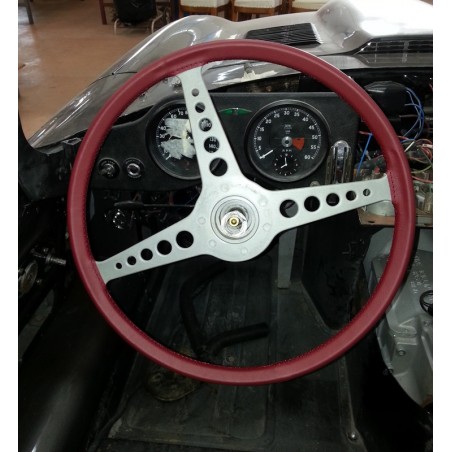 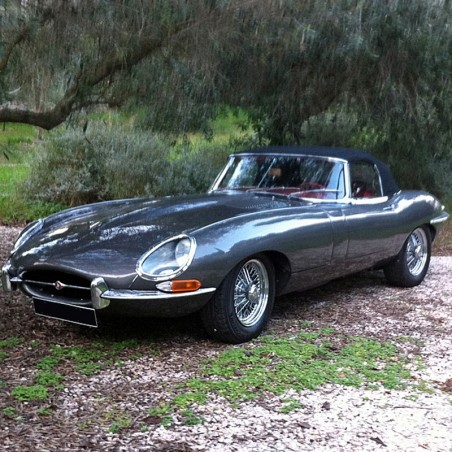 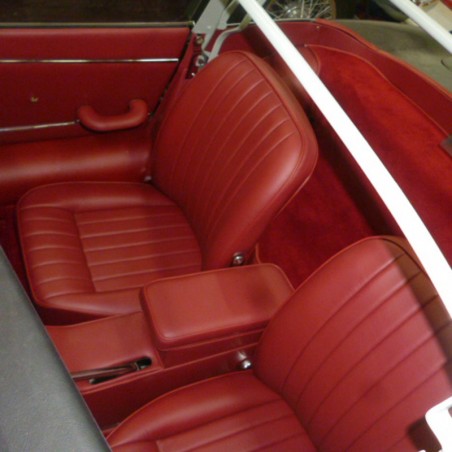 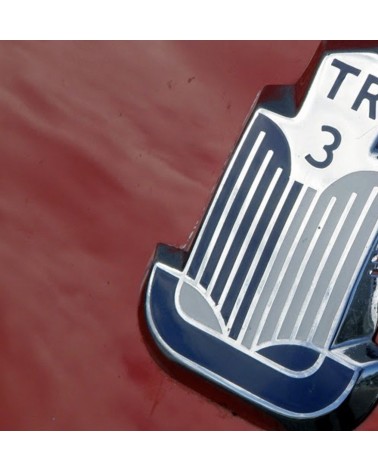 The Jaguar E-Type was presented to the press preview at the Parc des Eaux-Vives in Geneva on 16 March 1961. The U.S. market will absorb the majority of the production is 49,000 units on 72,500 produced fourteen year career. The salons of Paris and Turin in October of the same year preceding the one in London. The reception was the same everywhere, heralding globalization as we know.

However, despite this success very few Type E will be delivered in 1961. The vehicle that we present is part copies delivered in the same year (19/12/1961).
The Series 1 is commonly referred FLOOR FLAT, unofficial name but fans of the type E familiar. Closures side cover opening with a small key in T disappear in October 1961 in favor of internal closures with locking lever on each foot door. In February 1962, anchor points appear seatbelts. the floor disappears in June 1962 to be replaced by a cavity floor, generating more space under the feet of the driver.

This vehicle of American origin, was exported in the 90s in England has been a full restoration at this time. Its owner, a French expatriate has kept and maintained properly and brought to France in recent years.

We have all the invoices and photos of all repairs since 1990.

JAGUAR E OTS
Used
 Be the first to write your review!